Chronic obstructive pulmonary disease (COPD) is a progressive lung disease in which a continual obstruction of the airways causes difficulty in breathing. The term "COPD" refers to both emphysema and chronic obstructive bronchitis. Seventy-five percent of those afflicted with COPD are cigarette smokers. In some cases, however, COPD is caused by environmental irritants, such as air pollution and chemical fumes. It is a common cause of death in the United States.

Most cases of COPD are caused by long-term exposure to lung irritants, including cigarette smoke, secondhand smoke, air pollution and chemical fumes, that damage the lungs and irritate the airways. A family history of COPD increases the risk of getting it.

Most cases of COPD are found in people older than 40. Some younger patients are diagnosed with COPD caused by a deficiency of alpha-1 antitrypsin; this is the result of a genetic condition.

These symptoms are common among smokers, and can be present years before COPD is diagnosed. Patients with COPD may also have frequent colds or flu, along with, in severe cases, swelling in the ankles, feet and legs. Symptoms worsen over time, and may require a hospital stay if they become bad enough or do not respond to treatment.

After evaluating a patient's symptoms and reviewing her or his medical history, lung-function tests or a chest X-ray are usually performed. A lung-function test measures how much air can be breathed in and out, how fast a person can breathe, and how well the lungs can carry oxygen to the blood. The most common lung-function test is "spirometry."

COPD is a chronic condition, and no cure is available. Treatment focuses on relieving its symptoms and slowing its progression so that the patient can enjoy an active and healthy life. The most important step a patient can take in treating COPD is to quit smoking. Medications designed to relax muscles and relieve inflammation around the airways may be prescribed. Using supplemental oxygen and undergoing pulmonary rehabilitation may also be recommended. Surgery may be performed in severe cases of emphysema to clear the airways of larger obstructions. 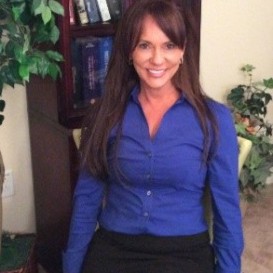